ADMISSION: Pay What You Can 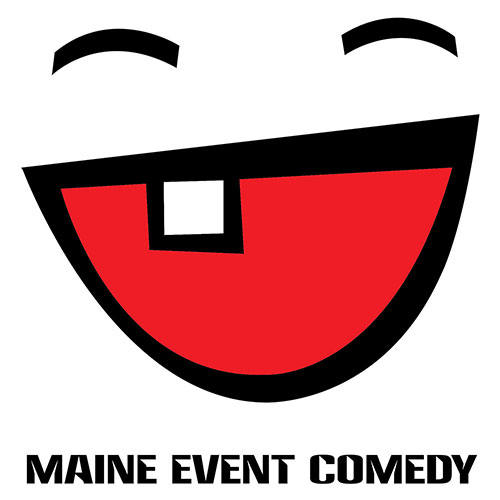 Maine Event Comedy presents the inaugural Bricks & Bridges Comedy Fest, March 28-30 in Lewiston-Auburn! The event aims to showcase the growing Lewiston-Auburn comedy scene and some of the venues that keep the Twin Cities laughing.

Johnny Friggin’ Ater will be the featured comedian Thursday, March 28 at 6 p.m. at 84 Court in Auburn.

Whether he’s taking light-hearted swipes at himself and his fellow Mainers, or contorting his face into hilarious characters, Ater has left audiences laughing since 2003. He’s performed at the Punchline in San Francisco and headlined the Maine Comedy Festival!

This will be a clean comedy showcase. It’s about as edgy as what you’d see on a late night talk show. If you bring your kid, they may not get the jokes, but they won’t be scarred for life.

Half of the proceeds from each show will benefit Mr.Drew’s Exotic Rescue and Education Center.

Located at 550 Lisbon St. in Lewiston, the Center caters to the creepy, crawly, and misunderstood animal population. There are over 100 animals to see, touch and learn about, including insects, arachnids, amphibians, reptiles, and birds. Drew provides rehabilitation and outreach for injured, neglected, and unwanted exotic animals. 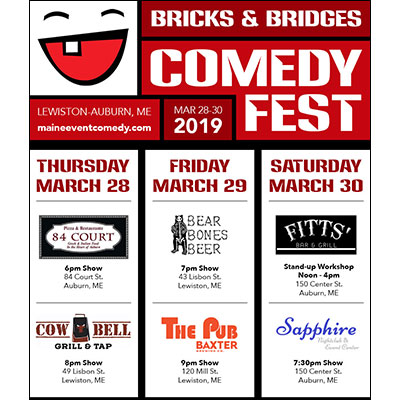